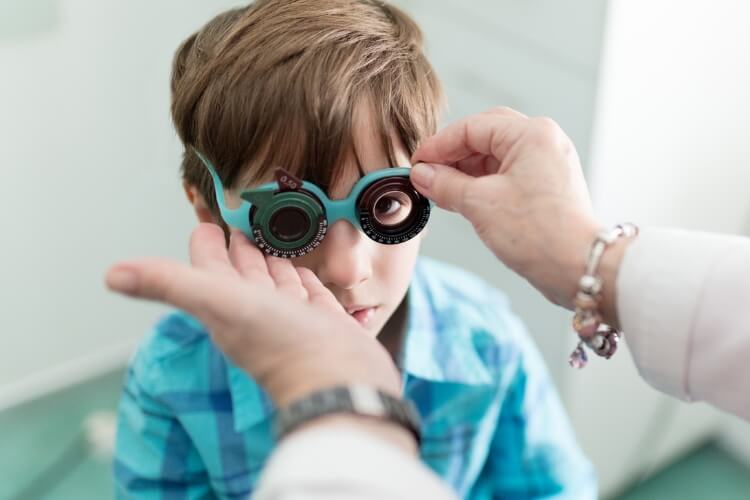 Vision screening tests for children around the world may change as the result of a quick measurement system designed by New Zealand medical technology company Objective Acuity.

Adam Podmore, chief executive of Objective Acuity, says the trial of three-to-seven-year-olds demonstrated that the new test can reliably screen for reduced vision.

Identifying vision problems as early possible is important because undetected vision problems can reduce school achievement, harm the development of hand-eye coordination and lead to a lifelong reduction in vision

“The trials showed high agreement between the Objective Acuity test and the electronic HOTV visual acuity test, which is currently considered the global clinical trials gold standard, but not used in screening,” Mr Podmore says. “To put the results in context, we have compared this to previously published screening results in New Zealand and using our test we would have had considerably fewer incorrect referrals to eye specialists.”

Objective Acuity was created by Professor Ben Thompson, Dr Jason Turuwhenua and Dr Mehrdad Sangi at The University of Auckland after they had developed a new technique for measuring vision in children. The team had identified a lack of good vision screening tools was leading to a high over-referral rate to eye-specialists. The existing system of testing includes charts and children being tested must respond to questions about what they see.

Objective Acuity instead uses proprietary moving patterns on a computer screen, coupled with a system designed to record and interpret eye movements. A child simply looks at the pattern to complete the screening test.

“Most countries have local and national vision screening programmes for children at four-years-old, but our test could be used to identify vision problems even earlier,” Mr Podmore says. “It doesn’t matter what language the children speak, or if they are unable to vocalise what they see. Our system removes many of the problems with current vision screening,” he says.