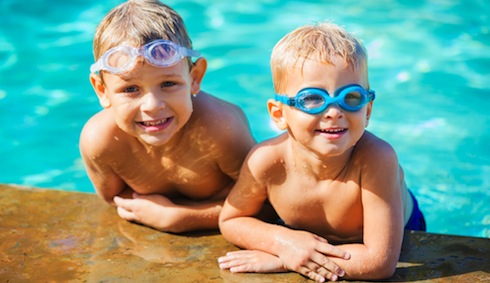 Water is an integral part of New Zealand’s identity and many Kiwi kids grow up spending their holidays at the beach, fishing off the rocks, learning how to drive a in boat or swimming in a pool. YMCA Auckland believes that water safety should be an important aspect of all children’s education, and that this can never start too early.

Infant self-rescue (ISR), a controversial swimming technique which has emerged recently, teaches children as young as six months to roll onto their back and float, should they fall into water. The survivalist method has shown some merit, but is regarded by many as bordering on child abuse. Children are taught to self-rescue by constant repetition, and parents are unable to interfere with lessons.

The technique has been adopted in the USA, but hasn’t made it to New Zealand pools, with many concerned that it will encourage children to fear water. However, there are a number of alternatives to ISR that are being implemented in New Zealand, and these programmes are committed to bringing our ‘under 5’ drowning rate.

According to Safekids Aotearoa, drowning is one of the major causes of injury-related death to children in New Zealand, accounting for 16.5% of all fatal unintentional injuries to 0-14 year olds. Sadly, drowning is most common in children aged between 1 and 4 years. An early introduction to the water reduces the odds of this, by allowing children to be confident in the water and learn skills around water safety that become innate.

However, there are more child-friendly ways to do this than with ISR; and these techniques are also getting good results. YMCA Auckland classes have a huge focus on water safety, and facilitators work closely with Water Safety New Zealand and other industry professionals to continually update and improve their techniques.

Children learn about the importance of only ever being in the water when an adult is supervising. This teaches hesitation, which has been proven to be  effective in helping with drowning prevention. Children are also taught two fundamental life-saving techniques - how to turn-around and try and get back to the side should they fall into water, and how to roll from their front to their back and float. Both these skills, once developed competently, have the potential to save a child’s life, but are performed in a less confrontational way to ISR.

Research* has shown that the earlier children begin swimming, the easier they will learn, which has proven to be life-saving as children grow. Although readiness to learn about water differs between children, we believe that introducing children to the water from as early as 3 months old can help them learn safety techniques.

The Aquatic Play sessions are fun and flexible for parents and children, and focus on activities that encourage water safety and actions children can do on their own, should they get into trouble in the water. Children are taught to be comfortable floating on their back, an essential life-saving skill. The sessions also familiarise children with the side of the pool as a safe area, and develop their ability to kick, something which most children are able to do naturally.

Teaching children to swim early is vital to their physical, social and personal growth. Children under the age of one are least influenced by negative attitudes towards swimming, and can develop a passion for the water. Swimming promotes sensory exploration, develops muscle strength and, with parents in the pool too, swimming encourages bonding between children and parents.

Water also acts as tactile nerve stimulation, which promotes the development of neural pathways in a child’s brain, leading to increased cognitive function.  A range of interactive toys are used in the aquatic play sessions, which provide further sensory stimulation and encourage infants to have fun and make discoveries.

*Research explanation: There is evidence to indicate, that children who participate actively from a young age in a well-developed swimming programme, often reach many of their developmental and physical milestones earlier than their non-swimming peers. Researchers from Griffith University completed a 3 year independent study in November 2012, on just under 7000 children. What these researchers discovered, is that there was a consistently higher level of competency in a wide range of skills in those children that learnt to swim younger. These included literacy, numeracy, comprehension and oral expression. Without a doubt, both physical and developmental milestones were also achieved earlier in swimmers than non-swimmers. The research team also determined that many of these skills are transferable, potentially giving your child a head start in life and making the transition to kindergarten or school smoother and easier.